Where to relax in Russia in winter. 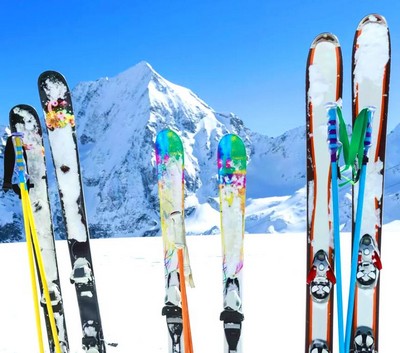 Fans of active winter entertainment, such as snowboarding and skiing, do not have to go for the pleasure of riding in Europe, in the well-known Alps.
Connoisseurs of ski holidays and lovers of the most picturesque landscapes of mountain beauties will appreciate the ski resorts of Russia.
Indeed, in addition to the snowy winter, Russia, when compared with other countries in the world, has the largest number of mountain systems than any other country on the planet.
Almost a third of the territory of Russia is occupied by mountains.
What a fantastic variety!
The pointed peaks of the Caucasus with the highest mountain peak not only in Russia,
but also Europe - Elbrus (5,642 meters), against the smooth outlines of the slopes of Altai ,
low Khibiny hills in the north of the country
and the rounded volcanic heights of Sakhalin ,
not to mention the mountain ranges of the Urals and Siberia .

Winter holidays in the ski resorts of Russia. 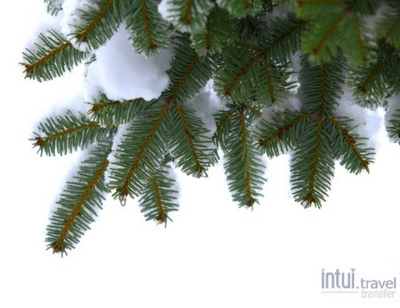 At the same time, Russian ski resorts of various levels are in no way inferior to popular European ones in terms of the quality of slopes and their service.
Rest in Russia in the winter is both good and much more budgetary!
Every year more and more people choose ski resorts in Russia for outdoor activities in winter, offering not only snowboarding and skiing, but also a lot of other entertainment for their guests, for every taste: snowshoeing, tubing, dog sledding, ice rink, horse riding, paragliding and much more - no one will get bored for sure.
Holidays for the new year and related holidays? Where as in the ski resorts!
Snow-covered forests and the festive program prepared by the organizers will create a positive charge for the whole coming year!
Any self-respecting resort prepares an incendiary New Year's holiday for guests!

Rest in the winter in Krasnaya Polyana. 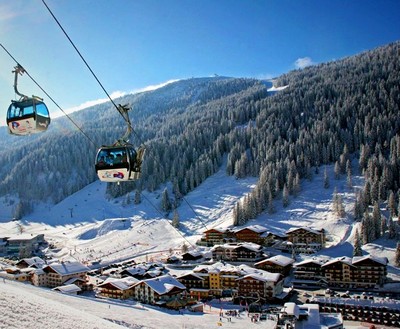 The most modern and elite resort of Krasnaya Polyana in the south of Russia is located near Sochi.

Sochi Krasnaya Polyana is one of the best resorts in the country, and as a result, with higher prices.

The latter, Rosa Khutor, according to visitors, has the best infrastructure among other ski centers.

And the view from Rose Peak will leave a truly unforgettable experience.

The skiing season in Krasnaya Polyana lasts from December to April.

Winter holidays in Dombai and Arkhyz. 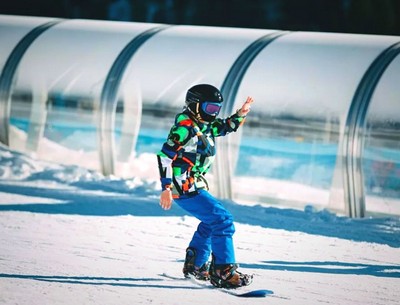 No less prestigious, fairly democratic ski resort in the Caucasus in Karachay-Cherkessia is Dombay .

The Dombai resort is cozy and not so big, with 25 km of slopes, many of which have gentle, calm slopes - the very “thing” for beginners. And, of course, not without difficult tracks for real professionals.

You can also remember about the healing narzan and visit the mineral springs in Dombai, combine skiing with health improvement.

The young and modern resort of Arkhyz pleases the eye with brand new hotels, ski lifts and a developed resort infrastructure.

Arkhyz has a special attitude towards children's sports, for children there are separate tracks, their own lift and a children's town with a skating rink.

Arkhyz as a ski resort is great for families with children.

Ski slopes of resorts in the Elbrus region. 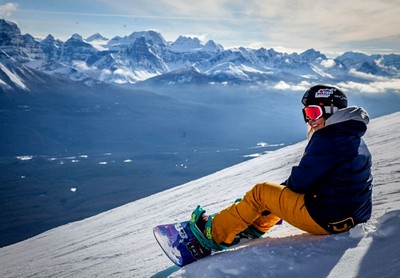 Elbrus is one of the most popular winter resorts in Russia, with stunning landscapes and views of the Caucasus Range.

It includes the ski centers Elbrus (Azau) and Cheget .

What is worth the mere opportunity to contemplate and admire the highest peak in Europe - Elbrus!

It has everything for a comfortable stay, for any preferences and any budget.

Ski holidays in this region are more suitable for those who feel quite confident on skis.

By the way, some tracks are used for training by professionals, there are extremely extreme “black” tracks with a high level of difficulty. 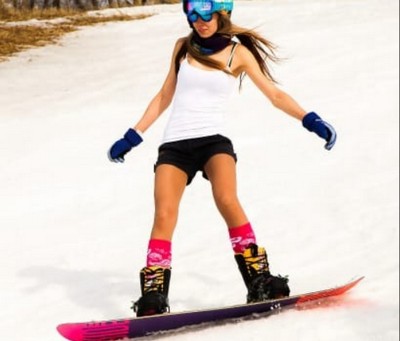 You should pay attention to the Sheregesh ski resort in the Kemerovo region.

Here you can ski from mid-November until May, with good schools for beginner snowboarders and skiers.

The trails here are more gentle, the most suitable for honing skills.

Sheregesh has a reputation as an advanced youth resort and is actively developing youth events and après-ski leisure activities.

The main Kuzbass ski resort annually receives a huge number of guests and is widely known outside the Kemerovo region.

In Sheregesh, you will also find accommodation options for every taste and budget, shops, spa centers, bars, restaurants in large numbers. 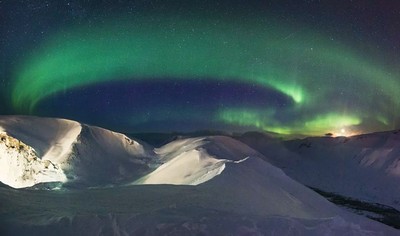 One of the longest periods of skiing, almost all year round, can boast of the ski resorts of Khibiny and Kirovsk in northern Russia in the Murmansk region.
The ski complexes Bolshoy Vudyavr , Khibiny , Kukisvumchorr , which have existed for many years, have been actively developing recently.
The infrastructure of the resorts in this region is minimal, with really low prices for skiing, accommodation, almost no queues at the lifts.
And the unusual nature and the opportunity to admire the northern lights will be a nice bonus.

Where to relax in winter in Altai and the South Urals. 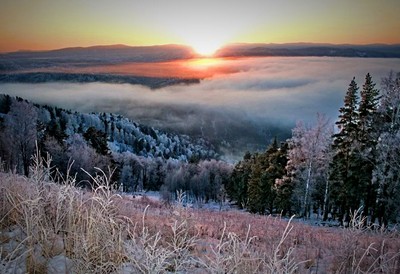 It is impossible to ignore the ski resorts of the Southern Urals and Altai, with very affordable prices and quite decent service:
Abzakovo , Bannoe , Zavyalikha , Belokurikha .
Natural features and additional snowmaking systems provide guaranteed snow cover for six months or even more.
In addition to skiing, the Ural and Altai ski resorts are ready to offer their guests snowmobiles and quad bikes.
We have listed far from the entire list of ski resorts in Russia, where you can have a wonderful and useful time.

How to get to the ski resort

Regardless of the place of winter recreation that you choose, you should think over all the moments of the trip in advance.
Of course, the most convenient and comfortable way to get to the mountain resort is to pre-book a special ski transfer from the airport or railway station from Intui.
When ordering a transfer to a ski resort on Intui, you get the final price without "surprises", including the transportation of sports equipment, guaranteed delivery of a car with the required capacity and with the necessary amenities for the trip in terms of the number of passengers and luggage carried (skis, snowboards), the availability of child seats and other .
By choosing a ski airport transfer from Intui, you can be sure of a safe trip. The transfer service is performed only by professional transport companies.
With a transfer from Intui, your winter trips will become brighter and more enjoyable!

All popular ski resorts in the world